The cat and the chipmunk become friends and can’t stop hugging one other.

This chipmunk is conscious of how difficult it is to withstand the allure of hairy. The brave tiny creature fearlessly went up to the cat in the backyard of Reddit user GoIdguy. 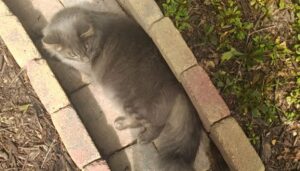 A number of images were shared by GoIdguy with the caption, “My cat became friends with a little animal.” The cat lay down to show his lack of malice, which made the chipmunk less nervous and go closer. 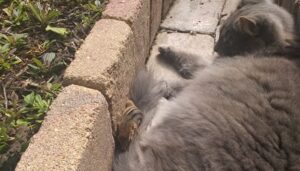 The chipmunk swiftly went up the cat’s back and gladly buried itself in the hair, making a wonderful new friend. The brave little creature saw the kitty cat in the backyard and decided to make friends with it. 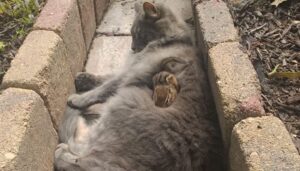 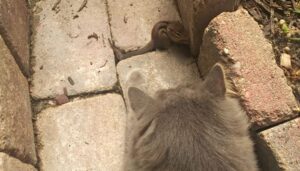 Before he was bold enough to leap upon the cat’s back and gleefully smother himself in the fur. So was formed a wonderful relationship. What a fascinating tale of two pals. Nice, huh?

A cat finds a family to adore after years of residing on the streets.